Not to be confused with the Switch Activated Platform.

3 Way Switches are creations drawn in Gearworks in Drawn to Life. 3 Way Switches are composed of three corresponding platforms (colored red, blue, and green) that switch movements each time the switch is touched on the touch screen.

The platforms move along a predetermined pathway as indicated by the track of the corresponding color.

Due to the 3 Way Switch being a creation object and having no pre-drawn preset or guide, the appearance of this object is completely dependent on the player. 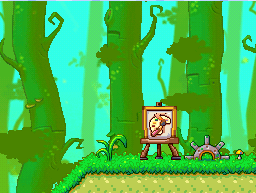 The location where 3 Way Switch is drawn. 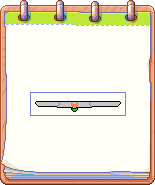 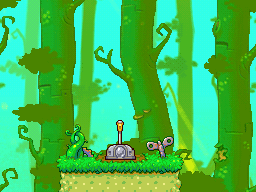 The pre-colored switch that controls the platforms.

The switch while controlling red platforms.

The switch while controlling blue platforms.

The switch while controlling green platforms.
Add a photo to this gallery
Retrieved from "https://drawntolife.fandom.com/wiki/3_Way_Switch?oldid=57936"
Community content is available under CC-BY-SA unless otherwise noted.