Not to be confused with Action Drawing or the Village Altars.

“Hero can receive help from The Creator by using the action draw altar. To activate, stand on the altar and press the a button. Once activated, you can draw platforms to help Hero reach new areas.”

The Action Draw Altar is created in Baki Basement on Turtle Rock, and is used frequently throughout the game.

Due to the Action Draw Altar being a creation object, the appearance of this object is completely dependent on the player.

They are, however, still confined to a specific area.

The preset guide for this object appears as an old, decrepit stone shrine with a Raposa head on top and a Nintendo DS stylus in the center. 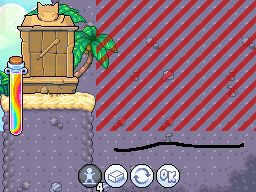 The pre-drawn Action Draw Altar in a level. 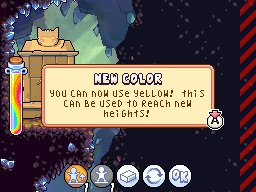 The color Yellow being made available to the player.
Community content is available under CC-BY-SA unless otherwise noted.
Advertisement