Drawn to Life Wiki
Register
Don't have an account?
Sign In
Advertisement
in: Bosses, Characters, Drawn to Life: The Next Chapter,
and 5 more

“Baki Beard The Terrible is bombarding Watersong! Rose said there's a hidden passage to the cove through here.”

Baki Beard is the boss of Watersong in Drawn to Life: The Next Chapter. Even though he is named Baki Beard, he does not seem to have a beard at all; Baki Beard instead sports a long, white mustache.

Baki Beard is a tan furred Baki that wears a blue and green scarf. He also wears an eye patch as well as a pirate hat that is similar to the ones Baki Captains wear. Despite his name, only a white mustache is seen on Baki Beard's face. Baki Beard's normal form also has a peg leg that doesn't show on his death sprite.

Baki Beard's ghost form is more than eight times the size of his normal form. Like other Baki Ghosts, he is a somewhat pale, grey-blue color. Unlike other ghosts, his scarf isn't the same color as his body. Instead, Baki Beard's scarf is now magenta and cyan. He still wears an eye patch on his right eye, and a pirate hat with a skull on it.

Baki Beard is fought after traversing Baki Beard's Ship. In order to defeat him, The Hero must first kill his normal sized Baki form. The Hero then does a victory dance. After that, Baki Beard will come back as a ghost and grow. When he sends out his Baki ghost minions,The Hero must jump on them, using them like stairs, and then jump or ground pound on Baki Beard's head. Repeating this process several times will defeat Baki Beard for good. Baki Beard is invulnerable to The Hero's weapons. 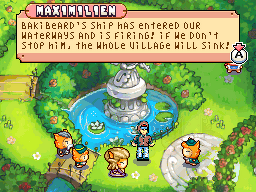 The ending of BakiBeard's fight. 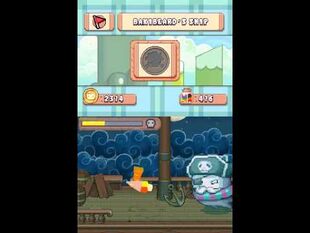 A screenshot from the BakiBeard fight. 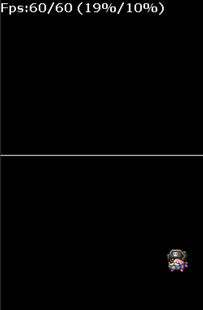