Drawn to Life Wiki
Register
Don't have an account?
Sign In
Advertisement
in: Watersong, Levels, Levels in Drawn to Life: The Next Chapter,
and 4 more

“Hero please stop that ship!
We will work on getting everyone to safety!
”

BakiBeard's Ship is the boss level in Watersong in Drawn to Life: The Next Chapter. BakiBeard is fought here. The level is relatively short, with The Hero traversing an underwater cove area first, which then leads to the area where they will have the boss fight.

Wilfre, having abandoned his disguise as Salem, unleashes BakiBeard on Watersong and The Hero must stop him and his ship so the village won't sink under the attack.

The ending of BakiBeard's fight. 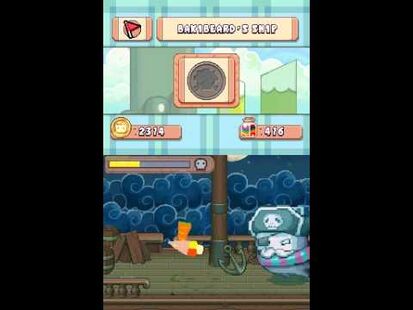 A screenshot of BakiBeard's ship
Community content is available under CC-BY-SA unless otherwise noted.
Advertisement