“Known for its beautiful music and sea side home, the Watersong bird is a beautiful reminder of The Creator's creative abilities.”

The Bird, also called the Watersong Bird, is a village creation made in Watersong in Drawn to Life: The Next Chapter. It is created if the player talks to Alphonse after restoring Color to the thicket behind him.

Due to the Bird being a creation object and having no pre-drawn preset or guide, the appearance of this object is completely dependent on the player. 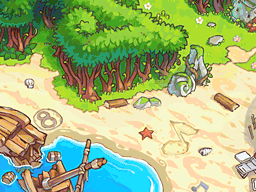 The thicket where Alphonse can be talked to in order to draw the Bird creation. 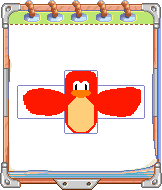 A player's Bird design.
Add a photo to this gallery
Retrieved from "https://drawntolife.fandom.com/wiki/Bird?oldid=53469"
Community content is available under CC-BY-SA unless otherwise noted.