Start a Wiki
“Long before we Raposa existed, there was the Book of Life, the design of The Creator...
The Creator drew everything in this book and brought it into existence...”

The Book of Life is a special book in Drawn to Life and Drawn to Life: The Next Chapter. It contains all the creations made by The Creator. These include the Raposa World, the Sun, the Moon, the Raposa, and even The Hero. This book is The Creator's "tool" for creating things, and contains Templates that become real once they are colored.

Raposa do not generally alter the Book of Life with the exception of mayors, notably Mari and The Mayor. In Drawn to Life, pages for the Book of Life are recovered in all levels except for the Snow Fields as well as all boss levels.

The Book of Life is an old, thick, hardcover book with gold trimmings and a golden Raposa head drawn onto the front. The pages are slightly worn; some pages have line-drawings, some are blank, and some have written words. It also has a red silk-bound bookmark.

First, The Creator formed a circle and drew the world and the sea; then he populated it with beautiful forests. Lastly, The Creator made the Raposa to live in the new world.

Before the time where the game takes place, Wilfre drew in the Book of Life, which was forbidden. His creations came out dark and twisted, and he fled the village as a result. Out of rage, he ripped out key pages such as the Sun and Moon and threw the shreds into the wind. The damage to the Book of Life caused The Creator to become depressed; he therefore sealed off the Creation Hall, and seemingly abandoned the Raposa. Over time, Darkness began to spread throughout the Village.

During each of the levels of the Drawn to Life, The Hero must find four torn pieces of paper, to complete a Template, a page from the Book of Life. It is also what the player uses to create their Hero, weapons, etc.

The Mayor of Raposa Village is usually the one to keep the Book of Life safe until they die. The Village Mayor must sign his or her name in the Book when they assume the position. The Creator has signed their name in it as well.

In Drawn to Life: The Next Chapter, Mari rips the pages from the Book of Life and gives them to Wilfre. These pages eventually make his Ultimate Creation, which is the last boss of the game. In the last part of the game, The Hero must collect a Template similar to the first game from six levels to gain access to the final levels. 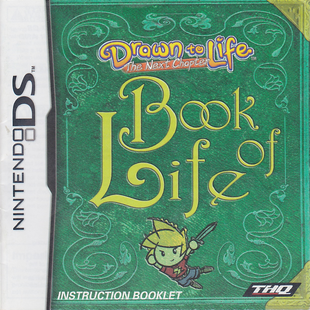 The game manual for Drawn to Life: The Next Chapter depicting The Book of Life. 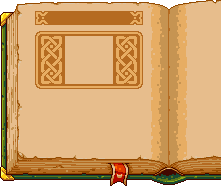 A closeup view of page in the Book of Life.

The Book of Life flipping open. 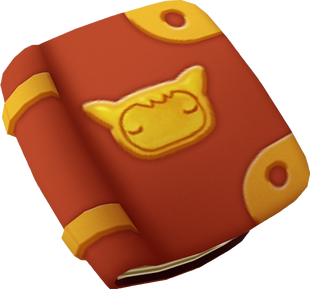 A model of the Book of Life from the Wii game.
Add a photo to this gallery
Retrieved from "https://drawntolife.fandom.com/wiki/Book_of_Life?oldid=60962"
Community content is available under CC-BY-SA unless otherwise noted.