“Draw a boulder to activate switches!”

Boulders are creations first drawn in Rapocity in Drawn to Life.

Boulders can be pushed by The Hero using

and are used to activate switches within levels. Once a boulder is pushed onto a switch, a platform will be raised allowing, The Hero to advance through to otherwise inaccessible areas.

Due to the Boulder being a creation object and having no pre-drawn preset or guide, the appearance of this object is completely dependent on the player.

They are still confined to a circular 3048px area. 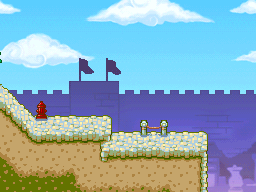 The area in which the Boulder is first drawn. 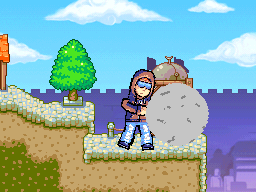 A hero pushing a boulder. 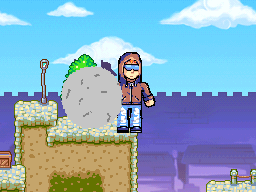 A boulder compared to a hero. 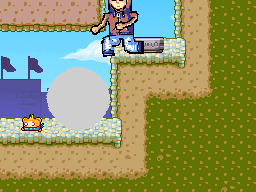 A boulder creation stuck in an inaccessible location after falling. The player is also stuck and must reset the level.

The dialog showing how to use the Boulder creation.

The switches the boulder creation must rest on for the platforms to move.
Add a photo to this gallery

Retrieved from "https://drawntolife.fandom.com/wiki/Boulder?oldid=55623"
Community content is available under CC-BY-SA unless otherwise noted.