–Bubba when saved in Drawn to Life

Bubba is Tubba's twin brother. Like his brother, Bubba loves food. He gets along very well with his twin. The only distinguishing difference between him and Tubba is that Bubba wears a hat and red clothes. He asks The Hero to clear the Darkness around a spot for a house for him and his brother.

Bubba bares a strong resemblance to his twin brother, chubby with closed eyes. Bubba also sports a red jacket with a matching cap that is far too small for his fat, wide head.

Bubba is more timid than his brother, and Tubba teases him for it saying things like "My bro is scared now", which is very brotherly.

If rescued from Kori Jungle, he will spend the rest of his time in the game inside of the Map Room along with Tubba, Count Choco and Pirate Beard. 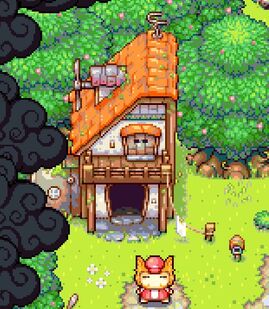 Bubba with with his house behind him. 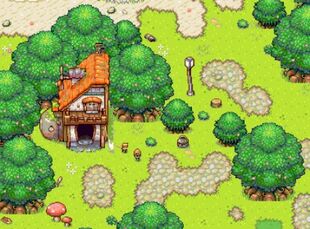 Tubba and Bubba's house.
Add a photo to this gallery
Retrieved from "https://drawntolife.fandom.com/wiki/Bubba?oldid=58786"
Community content is available under CC-BY-SA unless otherwise noted.