Drawn to Life Wiki
Register
Don't have an account?
Sign In
Advertisement
in: Gates, Drawn to Life, City Gate,
and 4 more

The City Gate is the fourth Gate accessible in Drawn to Life.

It is the Gate after the Beach Gate, and before the Secret Door. This Gate contains a total of three levels, all of which are regular. It has no boss.

Rapocity is the first level in the City Gate. The Hero has to rescue Mike, a RapoGirl, and a RapoBoy, and collect the Secret Door Template.

Windy Hills is the second level in the City Gate. The Hero has to rescue Unagi and his operators, and collect the Legendary Sword Template.

Rapo Towers is the third level in the City Gate. The Hero has to rescue Dr. Cure and two of her assistants, and collect the Final Page for the Book of Life.

The Secret Door is the entrance to the Shadow Lair. It can be accessed after completing Rapo Towers. 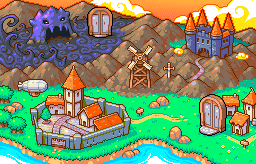 The map of the City Gate. 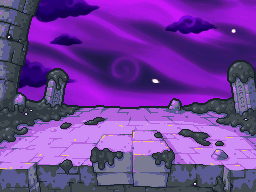 The drawing backdrop for creations in this gate.

The level name HUD for all levels in this gate.
Community content is available under CC-BY-SA unless otherwise noted.
Advertisement