Not to be confused with Sad Storm Cloud, Stormy Cloud or Rain Cloud.

“So first, let's draw a fluffy cloud
to help get you across this gap!”

The Cloud is the very first object and platform in created Drawn To Life. It is originally drawn in the Snow Fields, but can also be redrawn again later in Mount Snowy.

Clouds float in the air once drawn, but otherwise remain completely stationary. They are only solid on the top, meaning that The Hero can jump through them from the bottom.

Due to the Cloud being a creation object and having no pre-drawn preset or guide, the appearance of this object is completely dependent on the player. 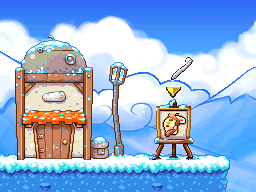 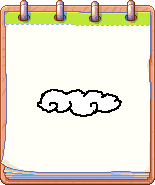 A player's Cloud design.
Add a photo to this gallery
Retrieved from "https://drawntolife.fandom.com/wiki/Cloud?oldid=56089"
Community content is available under CC-BY-SA unless otherwise noted.