The Creation Hall is one of the first buildings seen in the game; it is where The Hero is made after The Creator answers Mari's plea. It is a cylinder-shaped building with a blue trim and a domed top, the building rests on top of a large tree stump. Like many buildings in the village, it has an orange roof with a propeller and antenna at the top. Three flagged ribbons are attached to the structure and a geared metal plate with a face engraving is mounted on the second cylindric section.

Due to Wilfre's second attack, which drained all the color from the original Village, the Raposa settled on TurtleRock, A new village provided by The Creator. The new Creation hall is very similar to the original in outward appearance. The most notable difference being the mast, which supports a giant propeller. It is worth noting that the interior has some key differences to that of the first game; more bookshelves line the wall, a chandelier hangs from the ceiling, a multi-armed manikin rests against the wall and a pedestal for the Book of Life is at the back of the building. Being built overtop the Baki Basement means any item that manages to sift through the broken floorboards will end up there.

The Mayor's Book is a book passed down successively by the Mayors of the Raposa Village. Each Mayor would write down the story of their life and what happened to the Village during it inside.

It is kept in the Creation Hall, where Mari finds it after the player travels to Icy Lake and just before she starts her training to become the next mayor of the village. When the Shadow came and the Creation Hall was locked, nobody could get to the book, and the Mayor thought that he wouldn't get a chance to write down his story because of this. However, when The Creator sent The Hero and Creation Hall unlocked again, he changed his mind.

The Mayor's book may have been the book seen at the beginning of Drawn to Life that tells the story of how the Creator created the Raposa world.However, this is not confirmed. 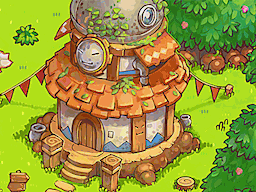 The old Creation Hall takes a more isometric style in Drawn to Life: The Next Chapter. 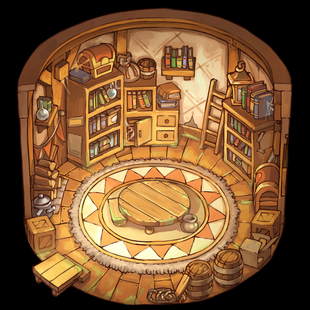 The old Creation Hall interior as it appears in Drawn to Life: The Next Chapter.
Add a photo to this gallery 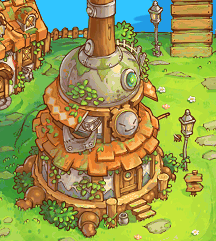 The Turtle Rock Creation Hall in Drawn to Life: The Next Chapter. 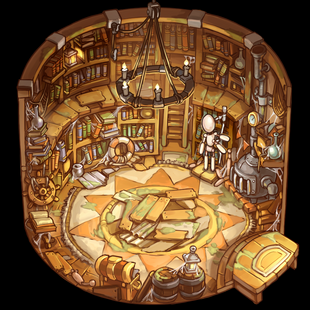 The Turtle Rock Creation Hall interior as seen in Drawn to Life: The Next Chapter. 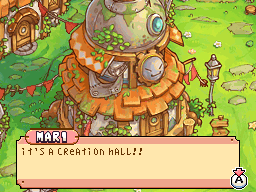 A GIF of the interior of Turtle Rock's Creation Hall.
Add a photo to this gallery
Retrieved from "https://drawntolife.fandom.com/wiki/Creation_Hall?oldid=58837"
Community content is available under CC-BY-SA unless otherwise noted.