“The village needs an investigator?! I'd be honored to help! I will see you at the Exit Gate!”

He lives and works at the Police Station in the southern-most sector of the Village, west of the Forest Gate.

Cricket is an adult male Raposa with light tan fur that closely matches his skin tone. He wears a blue uniform with brown buttons and a matching blue English Police Helmet. He also has a thin, black mustache.

In the Wii version of his appearance he has a larger, tan/light brown moustache the same colour as his fur.

Cricket and his deputies are rescued from Moon Grove and after the Moon Template is returned to the Book of Life, The Creator must clear the Shadow from around his station before he can work on returning the missing items and capturing Zsasha. Despite his investigation taking most of the game, Cricket does eventually capture Zsasha. Once he discovers that Zsasha has been taking care for a young RapoGirl, Cricket allows him to stay and look after her. His approach to work is very old-school, which ends up causing a feud with Unagi over bringing his methods up to date.

In the Wii version, Cricket has no major role in the main game, the only Raposa in the game with this distinction. In between levels, he can be found outside the house next to the Village Bridge.

Throughout the game, certain Raposa will give the Hero certain challenges to complete. Cricket offers the Hero some extra enemies to defeat in six specific levels. The specific challenges are show below:

After Wilfre's second attack on the Village, Cricket is sucked into a portal and taken to Galactic Jungle. Ironically, he is arrested for eating a donut. If you rescue him from Lunar Rise, then he will thank you and talk about the security on Turtle Rock. 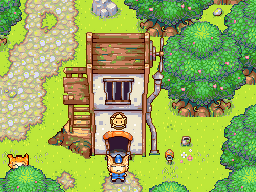 Cricket in front of his station. 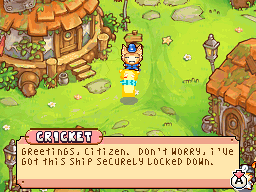 Cricket talking to a Hero on Turtle Rock.

Cricket's Station during the day.

Cricket's Station during the night. 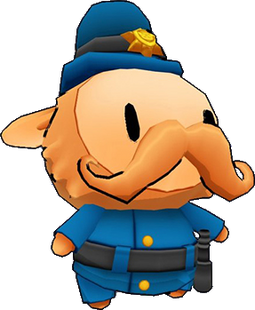 Cricket as he appears in Drawn to Life: The Next Chapter (Wii). 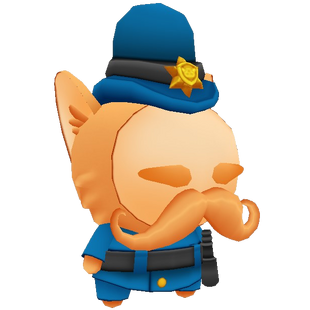 Cricket's talksprite in Drawn to Life: The Next Chapter (Wii).