Drawn to Life Wiki
Register
Don't have an account?
Sign In
Advertisement
in: Lavasteam, Levels, Drawn to Life: The Next Chapter,
and 3 more

Not to be confused with the Wii level.

Mine Cart Mayhem
“Maybe if we find some of these crystals he'll tell us where the villagers are...”

The Crystal Caverns are the first level in Lavasteam in Drawn to Life: The Next Chapter. The color yellow is introduced in Action Draw. The Blob Form is also found here.

King Miney forces The Hero, Jowee, and Sock to mine Banya Crystals while they search for Mari in Lavasteam. 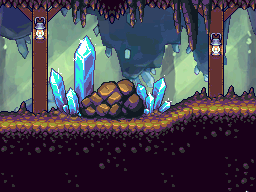 The start of this level. Note the Banya Crystals in the background. 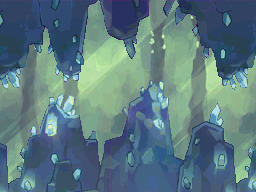 The backdrop for this level.
Community content is available under CC-BY-SA unless otherwise noted.
Advertisement