Drawn to Life Wiki
Register
Don't have an account?
Sign In
Advertisement
in: Featured Articles, Drawn to Life: The Next Chapter, Enemies,
and 3 more

Invincible to the Player

Dodos are enemies exclusive to Drawn to Life: The Next Chapter that appear in only two levels—the Forgotten Library and Cosmic Bog—making them one of the more uncommon enemies in the series.

Dodos stand upright and walk back and forth along platforms in which they are present. Unlike most enemies, they cannot hurt The Hero. If contact is made, Dodos will go through their "pushed" animation[1] and The Hero will bounce away from them.

Dodos can occasionally be seen outside of levels. Examples being the Dodo seen in the opening cinematic for Drawn to Life: The Next Chapter, seen in the village, and the Dodos seen on Turtle Rock.

Despite their name, Dodos are not designed after Dodo Birds. Dodos are white and fluffy birdlike creatures. They have big, rounded yellow beaks, pure white eyes, and striped legs. Though their wings cannot be seen in their sprites, they are visible elsewhere, which would indicate that their wings are fluffy enough to blend in with the rest of their bodies. 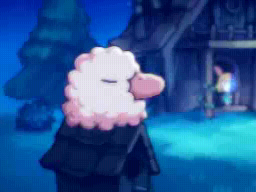 A Dodo in the village. 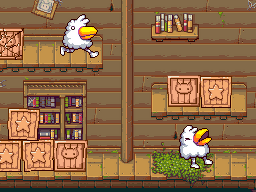 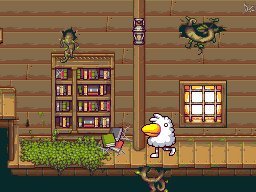