Farmer Brown is a Raposa who appears in all three games.

Farmer Brown is the local farmer for the Village. He grows Banya, the Raposa's main food source. He lives and works at the village farm along with his family.

Farmer Brown is shown to be very friendly and kind. Farmer Brown is also very caring towards his fellow villagers, whom he respects and wishes the best for.

Farmer Brown is an adult male, orange furred Raposa. He wears blue dungarees, with a white T-shirt underneath, and a tan straw hat with a red ribbon around it. He is always seen holding a pitchfork/rake in his right hand.

Farmer Brown and his family were originally the farmers of the Village. They lived in the farmhouse with Banya crops in their garden. When Wilfre stole the Book of Life and tore the Banya page out of it, the Banya crops began to fade. This lead to the family heading off to the Snow Caves in order to find a new home. They were then trapped by Shadow Creatures until they were rescued by The Hero. The Hero was originally looking for the Sun page of the Book of Life. Throughout the rest of the game he protects the Banya stalks and works with Cookie to supply food for the Village.

In Drawn to Life: The Next Chapter, Wilfre returned to the Village and sent most of the villagers to different villages. Farmer Brown, Cookie and Count Choco were sent to Lavasteam and were enslaved by Miney to find Banya Crystals. The player can optionally save them and return them to Turtle Rock. 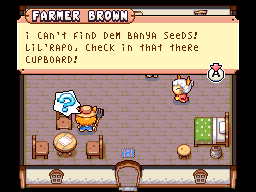 Farmer Brown having his son check for the missing Banya Seeds. 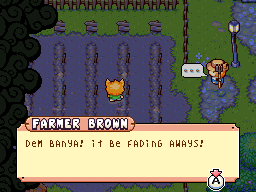 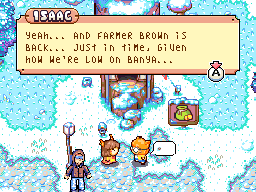 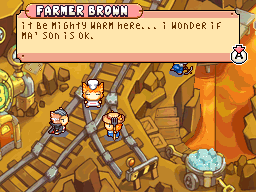 Farmer Brown wondering about his son upon first arriving in Lavasteam. 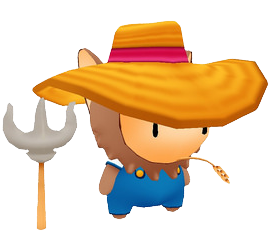 Farmer Brown's Wii incarnation
Add a photo to this gallery 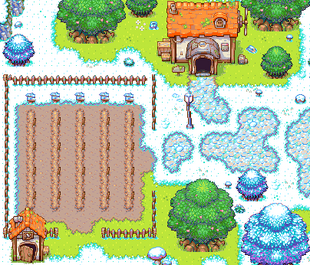 Farmer Brown as he appears in Drawn to Life: The Next Chapter (Wii).
Add a photo to this gallery
Music themes associated with this character.
Retrieved from "https://drawntolife.fandom.com/wiki/Farmer_Brown?oldid=57681"
Community content is available under CC-BY-SA unless otherwise noted.