Not to be confused with Rocko.

“I know we don't have to work as hard anymore, but I kind of like mining. It feels a million times better doing something 'cause you want to, and not 'cause someone forces you to.”

Flint is a Raposa in Drawn to Life: The Next Chapter. He resides in the west side of Lavasteam.

He is bored of being a miner and yet competitive with other miners.

He is a miner with blue dungarees, a yellow hard hat, and light grey fur. 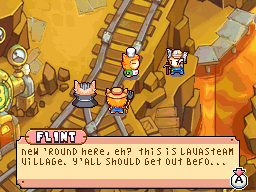 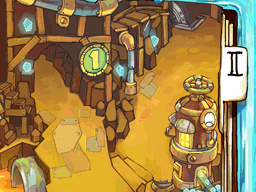 The area where Flint resides.
Add a photo to this gallery
Retrieved from "https://drawntolife.fandom.com/wiki/Flint?oldid=57629"
Community content is available under CC-BY-SA unless otherwise noted.