Forest Apes are enemies in Drawn to Life. They are Forest Gate-exclusive enemies, found first in Gearworks and then in Star Forest.

Once a Forest Ape catches sight of The Hero, it will jump up and strike the ground in an attempt to damage them.

A forest ape is primarily a tan color and has bright green grass growing on its back, arms, and head. The grass on its head acts more like facial hair. Three red mushrooms with white spots grow on its back. 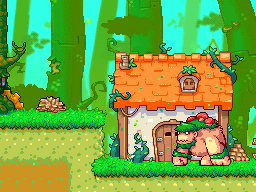 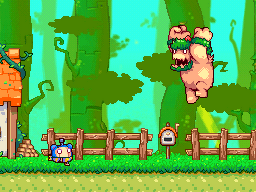