Drawn to Life Wiki
Register
Don't have an account?
Sign In
in: Raposa, Drawn to Life, Characters,
and 5 more

Indee is a world famous explorer and adventurer who travels across the globe seeking treasure. He and his family are saved at Angle Isle. When he returns to the village Jowee greets him. Due to Jowee's adventurous spirit, Indee becomes an instant idol to him. Indee seems to be very proud of himself and somewhat arrogant upon his introduction.

In Drawn to Life: The Next Chapter, Indee is pulled into Wilfre's vortex and left stranded in the Ghastly Ghostship.

After finding him in the level, he will reside in Isaac's Shop.

Indee has grey fur and wears a brown safari uniform with a cow boy hat. His eyes are open in his idle sprites. 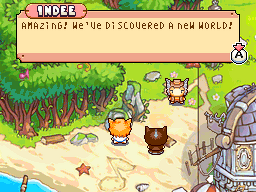 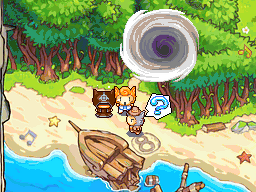 Indee emerging from a portal. 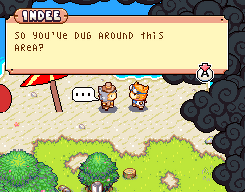