Drawn to Life Wiki
Register
Don't have an account?
Sign In
Advertisement
in: Watersong, Levels, Drawn to Life: The Next Chapter,
and 4 more

Rhythmic Reef
“He is a slippery little Rapo. Let's go look for him. He could be anywhere in the city.”

Jivin' Rooftops is the fifth level in Watersong.

If found, NavyJ can be rescued from this level and brought back to Turtle Rock.

After Mari finds out that Rose is unable to speak, Rose's Butler explains how she lost her voice on a bet with Salem. The winner would claim the title of the greatest opera singer in the world, while the loser would loose their voice forever. With the use of a Promise Conch, Salem makes their pact forever binding. Rose then accepts the challenge. The Butler then explains that without the power of song, the village would cease to exist. And without her voice, her life hangs in the balance. He then goes on to explain that Miles left to look for the Promise Conch to save his mother's life. However, his absence only added to Rose's stress. The Butler then requests Mari to find Miles so Rose can be happy in her final days. Mari accepts his request, and promises to save Watersong. The Butler responds, telling her to not make promises she can't keep.

Back outside the mansion, Sock spots Miles looking for the conch. The Hero then goes chasing after him. 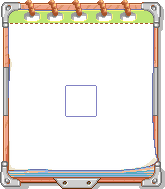 Turbo Ring
This list only includes creations that are first drawn, or can be redrawn, within this level.

“Check out these dance moves!!” 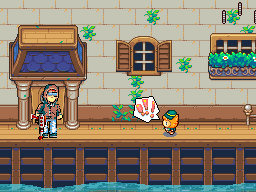 Miles running away from a Hero at the start of this level. 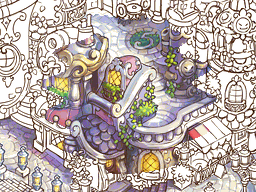 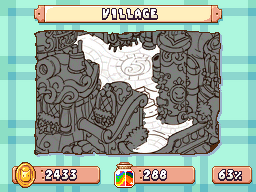 The section that must be colored in order to access this level.
Community content is available under CC-BY-SA unless otherwise noted.
Advertisement