Not to be confused with Jowee's House.

Jowee's Room is a multipurpose area on Turtle Rock that serves as a starting area for The Hero, a home for Jowee and Mike, and as a stylized Main Menu for Drawn to Life: The Next Chapter. Here the player can access certain features such as options, trading, and profile deletion.

The player can also edit and draw on the upper title screen, similar to Drawn to Life's Start Menu.

Jowee's Room takes the appearance of a small, square wooden room viewed from an isometric perspective. Inside the room there are objects that the player can interact with to access various menu options:

A large, rectangular rug sits in the center of the room, while various pieces of naval memorabilia are strung across the walls. Two lamps on either side, one on a small wooden cabinet and the other on a barrel, illuminate the room.

A set of stairs also leads out of the room that allows the player to continue the game. 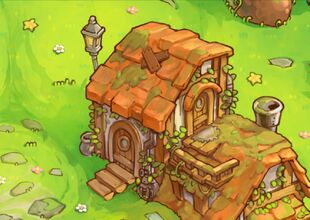 Jowee's Room viewed from the outside. 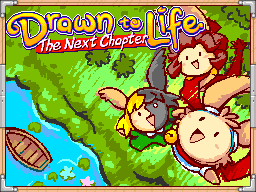 The picture displayed on the upper screen while in Jowee's Room
Add a photo to this gallery
Retrieved from "https://drawntolife.fandom.com/wiki/Jowee%27s_Room_(Turtle_Rock)?oldid=57848"
Community content is available under CC-BY-SA unless otherwise noted.