Drawn to Life Wiki
Register
Don't have an account?
Sign In
Advertisement
in: Lavasteam, Levels, Drawn to Life: The Next Chapter,
and 3 more

Molten River
“Be careful! There are many hazards in the factory, especially when the lava starts flowing!”

Magma Flow Factory is the fifth level in Lavasteam in Drawn to Life: The Next Chapter.

If Rocko is talked to, he can change the flow of the magma in the level. If the magma flow is raised, the level name changes to Volcanic Core. Despite having the same name, it isn't the boss level. Both versions of this level contain a different BakiBeard coin.

When arriving at the second section of Lavasteam, Rocko tells the gang that Key is in the colorless Magma Flow Factory. The player then restores color to the ground,and the level. During the level, the player finds Key and "rescues" him, despite Key saying he doesn't really need rescuing. 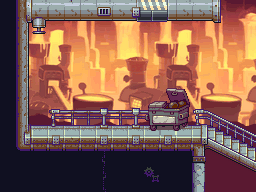 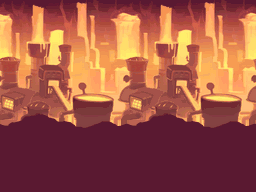 The backdrop for this level
Community content is available under CC-BY-SA unless otherwise noted.
Advertisement