Drawn to Life Wiki
Register
Don't have an account?
Sign In
Advertisement
in: Characters, Raposa, Drawn to Life,
and 7 more

Not to be confused with The Position.

“The villagers are what's important now!”

The Mayor is an orange-furred Raposa and has a white moustache. He almost always wears a brown bowler hat and has a walking stick with him. His clothes consist of a blue suit with a white shirt underneath, and brown trousers.

In the games' boxart, he also wears a monocle.

Before the events of Drawn to Life, The Mayor is known to have eventually reached the time where it was his job to become the leader of the village. He babysat Indee when Indee's father went on adventures.

When Mari was born, The Mayor took good care of her as his daughter. Soon, she made best friends with Jowee. Jowee didn't have any parents, which led to The Mayor being the closest fatherly figure he had.

The Mayor was very protective over the Book of Life and defended it. However, he was fooled by Wilfre who went into Creation Hall, stole the Book of Life, and later tore up the pages.

The Mayor watched the village fall until only him, Mari and Jowee were left in the Raposa Village.

In Drawn to Life, the Mayor is first seen trying to convince Isaac and Mya, Isaac's wife, to stay in the village. They leave due to depression of losing their daughter, Cindi. She had been kidnapped by Wilfre.

The Mayor didn't believe Mari when she told him that The Creator had spoken to her, so he abandoned the village and left to go to the Snow Fields in order to find Isaac and Mya. When The Hero rescues him, The Mayor regrets not believing in Mari and returns to the village. The Mayor then takes it upon himself to rescue the village from the Darkness. Throughout the game, he works with The Hero to save the village and defeat Wilfre.

After The Hero defeats Frostwind, The Mayor announces that Mari will be the next mayor. He says that she must begin her training to do so, and that a festival will be held to celebrate.

Mari's reluctance to sort out the village annoyed The Mayor intensely. When she was assigned to help him book a village meeting, she had forgot which led to her yelling at her father about how she shouldn't be the next mayor. After their argument, The Mayor felt guilty and decided to talk to her after Wilfre was defeated. While taking a walk near the forest gate, he was ambushed by Wilfre. Wilfre killed him in order to obtain the Book of Life and tear the creations to shreds.

At the end of the game The Mayor is shown to be a spirit alongside The Hero, watching over the village together.

The Mayor doesn't make any appearances in-person, although he does appear in the recap segment of the first cutscene, in two paintings in Mari's House, and as a bust outside of Village Hall. He is also mentioned by Mari throughout the game.

In Wilfre's Wasteland, when The Hero is left by themselves, The Mayor returns to guide them on destroying the barrier around Wilfre's castle. Once The Hero accomplishes this, The Mayor isn't seen again. Strangely, the Mayor does not appear transparent or show any other ghostly features 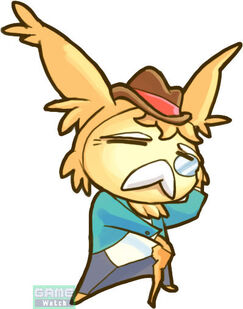 HQ art seen on one of Drawn to Life's boxart.

LQ art seen on one of Drawn to Life's boxart. (No Logo) 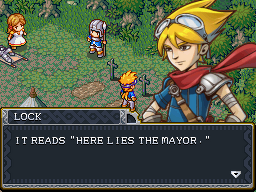 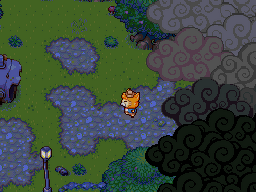 Shadow being cleared from behind The Mayor. 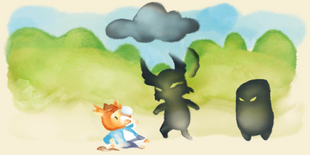 Wilfre killing the Mayor as seen in the first cutscene of Drawn to Life: The Next Chapter (Wii).

A portrait of The Mayor seen inside Mari's house in Drawn to Life: The Next Chapter (Wii).

A portrait of The Mayor and Mari seen inside Mari's house in Drawn to Life: The Next Chapter (Wii). 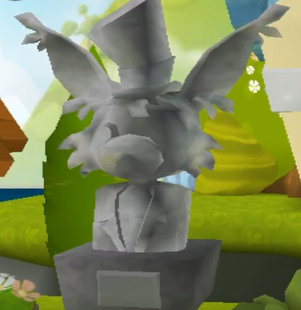 A statue of The Mayor seen outside Village Hall in Drawn to Life: The Next Chapter (Wii).
Community content is available under CC-BY-SA unless otherwise noted.
Advertisement