Drawn to Life Wiki
Register
Don't have an account?
Sign In
Advertisement
in: Article stubs, Raposa, Drawn to Life: The Next Chapter,
and 7 more

“I have done a terrible thing and don't deserve forgiveness.
While I am no longer "King" Miney, I shall dedicate myself to rebuilding Lavasteam to its former glory.
”

Miney is the previous king and current Mayor of Lavasteam.

He has a brother named Moe.

Miney is an elderly male Raposa with light grey fur. He has a long mustache and bushy eyebrows of the same color. He wears a green and gold robe and a golden crown.

The Hero, Jowee, and the remaining Raposa travel to the village of Lavasteam, where they find that the villagers are all working endlessly, mining for Banya Crystals because a Raposa going by the name of "King Miney" was forcing them to. It turns out that Miney was actually tricked by Wilfre (under the disguise of Salem) to use the Robosa to make the citizens work harder. 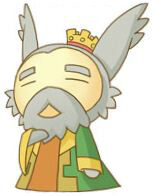 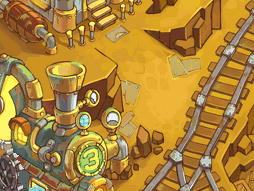 The area in which Miney resides. 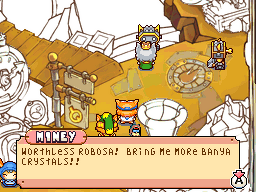 Miney shouting at a Robosa.
Music themes associated with this character.
Community content is available under CC-BY-SA unless otherwise noted.