Start a Wiki
“Following rules is important to keep everyone safe. If you don't follow rules, you might hurt yourself or others.”

Moani is a Raposa in Drawn to Life: The Next Chapter. She resides in the west side of Galactic Jungle.

Moani is a young Raposa wearing a red bra and a grass skirt. She has short black hair with an orange/pink flower. Like many of the residents of Galactic Jungle, she also wears a large space helmet. 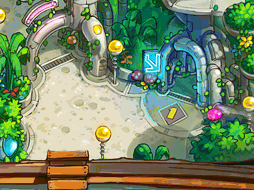 The area in which Moani resides at the end of Galactic Jungle's story.
Add a photo to this gallery

Retrieved from "https://drawntolife.fandom.com/wiki/Moani?oldid=57563"
Community content is available under CC-BY-SA unless otherwise noted.