Not to be confused with DJ.

“Check out my final dance!”

NavyJ, or Navy J, is a singer, dancer, and songwriter. He is well known in the Raposa Village, having several groupies. However, the residents of Watersong don't recognize him.

NavyJ has orange fur that is styled as a swirl on his head. He wears a light blue shirt underneath a white-and-blue jacket. NavyJ also wears white pants.

NavyJ and his groupies are saved in Gearworks just in time for the festival. During the village festival, he sings on the Village Stage along with The Hero. He asks The Hero questions beforehand, for seemingly no reason at first, then he sings the opposite answers, alongside babbling something about The Mayor. Afterwards, he can be found with his groupies hanging around the stage.

In Drawn to Life: The Next Chapter he is kidnapped by Wilfre at the beginning of the game and must be rescued from Watersong, in Jivin' Rooftops. 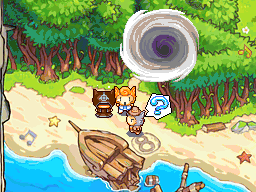 NavyJ emerging from a portal. 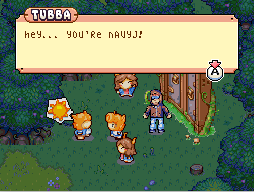 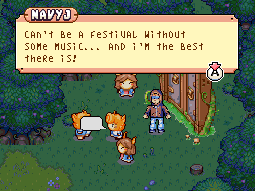 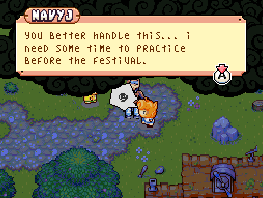 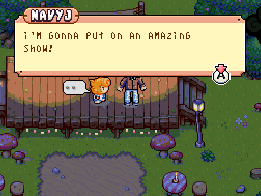 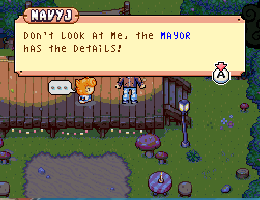 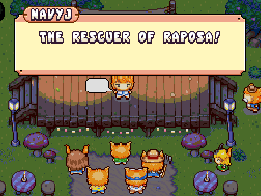 NavyJ shouting.
Add a photo to this gallery
Retrieved from "https://drawntolife.fandom.com/wiki/NavyJ?oldid=57831"
Community content is available under CC-BY-SA unless otherwise noted.