“Design a parachute to float to safety!”

Parachutes are creations in Drawn to Life used to help the The Hero float to safety at the end of the Kori Jungle.

The Parachute is controlled using the D-pad and pressing

will make the Parachute ascend a little, but not enough to push The Hero back up to the point at which it was used.

Due to the Parachute being a creation object and having no pre-drawn preset or guide, the appearance of this object is completely dependent on the player.

They are still confined to the outline provided. 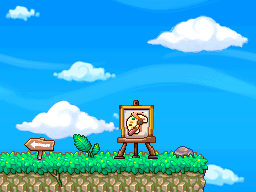 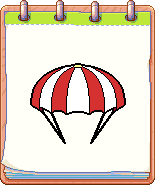 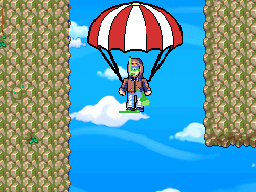 A hero using the Parachute. 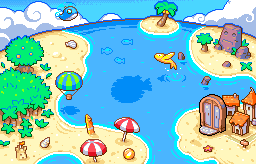 The Beach Gate World Map, showing the parachute floating above the ocean.
Add a photo to this gallery
Retrieved from "https://drawntolife.fandom.com/wiki/Parachute?oldid=57882"
Community content is available under CC-BY-SA unless otherwise noted.