Start a Wiki
“No! I'm not going home. Not until I find the conch!”

The Promise Conch is an item in Drawn to Life: The Next Chapter that magically binds someone to a promise, wager, pact, or similar such thing.

The Promise Conch appears to be a large conch shell. It has a pinkish-red inside, and a pale creamy color on the outside. When activated, the conch appears to emanate a white aura.

It was used by Salem when he made a bet with Mayor Rose. This bet stated that whoever won the singing contest would have the title of the greatest opera singer in the world, whilst the loser will not be able to utter a single word for the rest of their life. It is said by Miles that the power of the Promise Conch cannot be undone. The Conch is afterwards lost in the ocean.

The Promise Conch is found at the end of The Abyss. Once it is found, the player taps on the Promise Conch, undoing the promise and restoring the voice back to Rose. Rose then claims herself unworthy to be Mayor of Watersong anymore, and tries to transfer the power of song to Miles, by singing Light of My Life. The Creator intervenes, and tells her she is still needed. 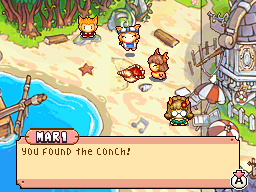 Presenting the conch to Mari and Jowee. 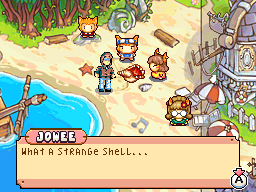 Jowee commenting on the Promise Conch. 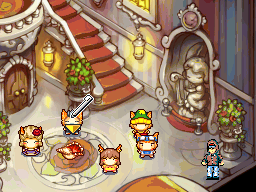 The Conch just before its promise being made void by The Creator.
Add a photo to this gallery
Retrieved from "https://drawntolife.fandom.com/wiki/Promise_Conch?oldid=57854"
Community content is available under CC-BY-SA unless otherwise noted.