Drawn to Life Wiki
Register
Don't have an account?
Sign In
Advertisement
in: Featured Articles, City Gate, Levels in Drawn to Life,
and 3 more

Windy Hills
“Hero, enter Rapo City and secure the Secret Door page!
The Kaorin berry that you ate should take effect once you're in Rapo City!
”

Rapocity is the first level of the City Gate in Drawn to Life and the sixteenth level overall.

In this level, The Hero must retrieve the four torn Template pieces belonging to the Secret Door creation, as well as save Mike and the two young Raposa who accompany him before returning to the Raposa Village through the level's Exit Gate. The player may optionally collect this level's three hidden Secrets: two Music tokens and an Ability token.

Like most other levels, Shadow Goo is splattered around Rapocity. The Hero can clear the Shadow Goo for an end-level bonus.

This level utilizes a standard level layout, moving left to right through four level "sections". There are many enemies and bottomless pits in this level, thus requiring additional caution from the player. Due to effects of the Kaorin Berry, The Hero grows to a colossal size while in the level. The Hero has no weapons because of this, but they can use kicks and other physical attacks instead.

After the Kaorin Bush is drawn, Samuel and The Mayor discuss the effects of its berries and determine that in order for progress to be made in subsequent levels, The Hero must consume one of the berries in order to increase in size. Shortly after, The Mayor informs The Hero that there is only one section of the village—the North-eastern section—still covered in Darkness. The Mayor continues, telling The Hero that the Village Gate in that region leads to Wilfre and that the Darkness must be cleared in order to access it. Once The Eternal Flame is tapped and the Darkness cleared, The Hero spots Wilfre entering an uncolored gate in the newly reclaimed area. The Mayor, upon hearing this, determines that the uncolored gate is the Secret Door and sends The Hero into the already colored City Gate to retrieve its template from Rapocity—this level—so that the door may be colored in and The Hero follow Wilfre through to defeat him. 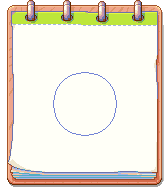 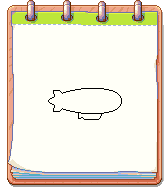 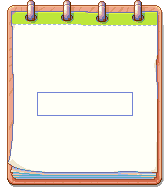 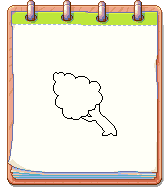 “Why does everyone look so weird?” 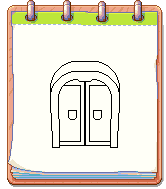 The page for the Secret Door is found here. 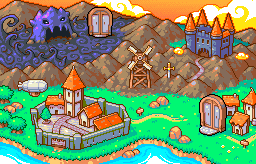 The level map for the City Gate shows Rapocity in the bottom left corner. 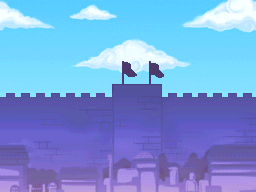 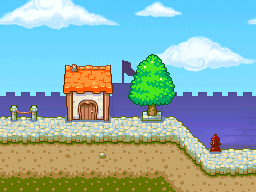 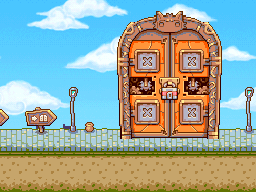 The rescued Raposa in this level.
Music themes used within this level.
Community content is available under CC-BY-SA unless otherwise noted.
Advertisement