The Raposa are the main race of creatures inhabiting the universe of the Drawn to Life series. They are anthropomorphic, sentient, and act mostly like humans, appearing to be the only creatures to be able to do so. All Raposa are monotheistic and acknowledge the fact that The Creator exists, although not all are happy with it, the most infamous example being Wilfre.

A Raposa's appearance is generally both fox-like and humanoid. Their bodies are covered in fur (Orange, Rust, Yellow, Brown, Tan, Light/Dark Grey) all except for their faces. Like real foxes, all Raposa have long upright ears, a distinguishing feature. However, they appear to lack tails. Female Raposa have no fur over their ears, whereas males do. Click here to read more about Generic Raposa.

Raposa from the Raposa Village.

*These characters are only found in Drawn to Life: The Next Chapter Wii

*These characters are not residents, but are introduced here. 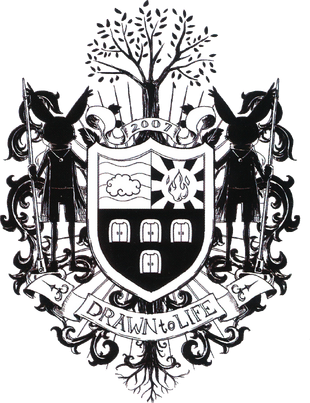 The Raposa Coat of Arms in The Art of 5thCell. 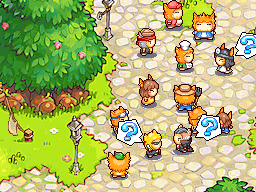 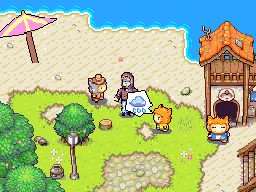 A Raposa with an emotion bubble.