Drawn to Life Wiki
Register
Don't have an account?
Sign In
Advertisement
in: Non-Canon, Drawn to Life: The Next Chapter (Wii), Levels,
and 2 more

Balancing Rock Garden
“Maybe you could use lightning bugs instead? I used to see them at night all over the Roab Plateaus.”

Roab Plateaus is the third level of Eastern Winds and the twenty-first level of the game overall.

Circi and the Hero visit Mike to see if he knows why the electricity in the village is acting up. He doesn't know why the power isn't reaching the lighthouse, and then Circi suggests that they get Lightning Bugs instead, prompting Mike to think of a Jar of Lightning Bugs.

After collecting the jar for Mike, Jowee gives it to him, and Circi tells the two to take a break. She then tells them that Cookie needs more help preparing the wedding feast. 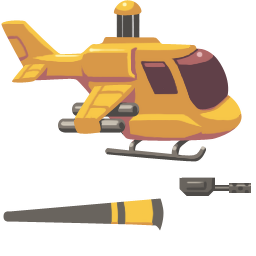 Helicopter
This list only includes creations that are first drawn, or can be redrawn, within this level.