Sea Harps are seahorse-like enemies in Drawn to Life: The Next Chapter. They are found within some underwater Watersong levels. They make their first appearance in Rhythmic Reef.

Sea Harps do not actively pursue The Hero, but their fast zig-zag movement may make them difficult to combat or avoid. Due to this, the best time to attack is when they're paused to switch directions.

Sea Harps are gold and blue seahorse-like creatures. They heavily resemble the shape of harps, thus earning their name. Their heads seems to take the appearance of a trumpet. 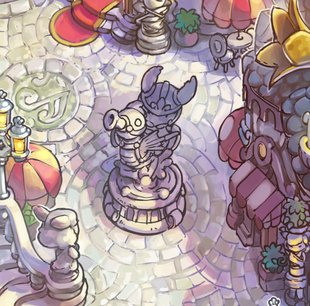 A statue in eastern Watersong depicting a Raposa riding a Sea Harp. 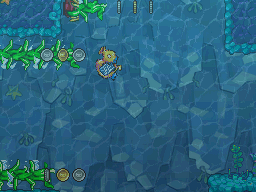 A lone Sea Harp swimming near some coins.
Community content is available under CC-BY-SA unless otherwise noted.
Advertisement