“Slide down in style! Color in your own snowboard!”

The Snowboard is a creation in Drawn to Life, first drawn in the third segment of Icy Lake.

The Hero can use it to quickly traverse the mountain slopes. Whilst The Hero is on the snowboard, any enemies that come into contact with them will instantly die; much like sliding down a hill without the creation.

is pressed whilst riding this creation, it will perform a flip.

Due to the Snowboard being a creation object and having no pre-drawn preset or guide, the appearance of this object is completely dependent on the player.

They are still confined to the outlined area provided. 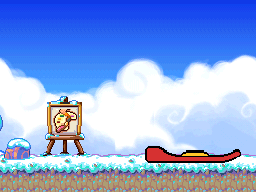 A player's Snowboard design within a level. 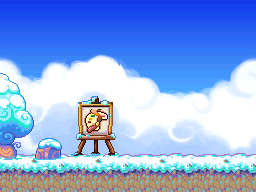 The area where this creation is drawn.
Add a photo to this gallery
Retrieved from "https://drawntolife.fandom.com/wiki/Snowboard?oldid=53785"
Community content is available under CC-BY-SA unless otherwise noted.