“The statue rests on the central fountain in the heart of Watersong. It's considered the showcase piece of the village's art and architecture.”

In Watersong, The Hero has the option to create a statue. In order to do so, they must first restore Color to the fountain located in the center of the eastern section of Watersong. Then, after color is restored, they must talk to Francois, who will then request that The Creator draw one.

Due to the Statue being a creation object and having no pre-drawn preset or guide, the appearance of this object is completely dependent on the player. 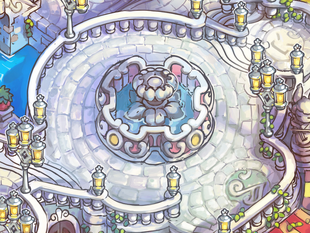 The area of Watersong where this creation resides.
Add a photo to this gallery

Retrieved from "https://drawntolife.fandom.com/wiki/Statue/Watersong?oldid=57983"
Community content is available under CC-BY-SA unless otherwise noted.