Drawn to Life Wiki
Register
Don't have an account?
Sign In
in: Drawn to Life, Enemies, Forest Gate,
and 3 more

Treepets are enemies in Drawn to Life. They are first seen in the Gearworks level in the Forest Gate.

This enemy will remain hidden and motionless until The Hero approaches. Once the chipmunk creature catches sight of The Hero it will point at them and direct the tree monster to charge at the player. It takes three hits to kill this enemy.

The tree monster will continue to charge if the player has moved unless contact is made with a wall or an object.

A Treepet actually consists of two different creatures living together, a chipmunk a living tree stump.  The pink chipmunk-like creature seems to be in control of the tree stump, at least to a certain extent. 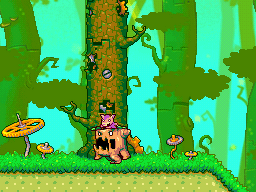 A charging Treepet in a level. 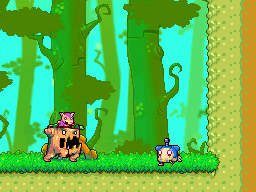 A charging Treepet near a Mecha Baki.
Community content is available under CC-BY-SA unless otherwise noted.