Start a Wiki
“Draw a trident and control the water around you!”

Tridents are creations in Drawn to Life. They are first drawn in Angle Isle. The Hero uses them to raise the water levels. Tridents also reappear in the final level, Shadow Lair, in which the Hero has to use them to make the Shadow Water disappear so that they can continue on with the level.

When The Hero fights Wilfre's giant Scorpion, its tail is made of a trident. At varying intervals it will try to attack The Hero by thrusting its tail at them.

Wilfre also uses tridents to his advantage in the final battle; they are one of his two attacks - he will shoot three of them at The Hero.  However, he follows a pattern whilst doing so, and therefore the tridents can be anticipated and dodged fairly easily.

The trident comes in two parts, a large rectangle and three points. It is meant to resemble in part, Neptune's trident. 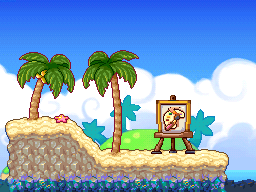 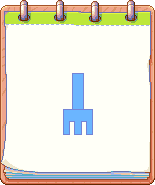 A player's Trident design.
Add a photo to this gallery
Retrieved from "https://drawntolife.fandom.com/wiki/Trident?oldid=52447"
Community content is available under CC-BY-SA unless otherwise noted.