Wilfre is the main antagonist in the Drawn to Life series.

Wilfre is a cunning Raposa who is skilled with persuasion and manipulation. He was able to trick each leader of the different villages, and even persuaded Mari to steal the Book of Life for him in Drawn to Life: The Next Chapter.

He does not see his actions as completely evil, because he says he is trying to save the Raposa world from destruction. He is very much aware that he hurts others and does things seen as evil in the process. He often speaks with a slight cockiness in his voice; at other times, he will take on a condescending tone, as if he feels that he is superior to the other Raposa, or even irate with them.

Wilfre is shown in the first game as a Shadow being who takes the form of a Raposa. A little further into the game, his backstory is revealed, where he looks like a normal Raposa, with light grey fur and mostly blue clothing.

Wilfre also takes on various new Raposa forms or disguises in addition to his old one throughout the story of Drawn to Life: The Next Chapter—these being Sock and Salem. He uses Sock to try to get close to the Raposa, particularly Jowee, and uses Salem in order to trick various village leaders.

Wilfre, being the main antagonist, is the one responsible for the darkness creeping into and covering the Raposa Village. He is also responsible for the kidnappings and captures of the villagers and their positions in being scattered, locked in Shadow Cages, throughout the levels in the game.

He appears for the first time when Mari, Jowee, and The Hero approach the village entrance in order to search for the Mayor. He covers the bridge in darkness to prevent this, and so forces them to use the Snow Gate instead.

A little further in the game, the flashback scene is shown and some of Wilfre's backstory is revealed. He was a normal Raposa—in fact, he was the most popular and respected of all the villagers, always the center of attention. However, he questioned why the Raposa were not allowed to design their own creations in the Book of Life, stating that "It could be done better". After being denied access to the Book of Life by the Mayor, he snuck into the Creation Hall, stole the Book, and brought it to his house, where he tried to bring his own drawings to life. However, they came out evil, dark, and twisted. When the villagers found out,The Mayor, Cricket, and Cricket's deputy ran him out of town. In a rage, on the bridge, Wilfre ripped the pages of the Book of Life into pieces and threw them into the wind, effectively scattering them throughout the world. Somewhere in the time between what was shown in this flashback and the events of the game, Wilfre became a Shadow being.

He is shown to have control over Shadow and the darkness, and is apparently the only one who can walk through it. He seems to prefer not to take direct action unless necessary, instead using the various bosses to try to get rid of The Hero first; although, he does steal the Book of Life and kill The Mayor himself.

At the end of the game, The Hero must journey into the Shadow Lair to recover the Book of Life from Wilfre and defeat him. Upon being defeated, Wilfre falls to the ground, seeming somewhat shocked and losing the Shadow covering him. He then dissolves.

Wilfre reappears in Drawn to Life: The Next Chapter, again as the main antagonist. He first appears after kidnapping Heather, when he drains the Raposa Village of its Color and kidnaps many of the villagers, forcing the remaining Raposa to flee to Turtle Rock and begin a voyage around the world.

The Raposa and The Hero meet him many times again along the way, but don't usually realise it because he is disguised as either Salem or Sock.

In Watersong, disguised as Salem, he had taken Mayor Rose's voice, which greatly endangered the village. In Lavasteam, again as Salem, he turns Miney paranoid and insane, convincing him to forcefully become king of the village, and feeding the paranoia by telling him that his brother, Moe, would eventually betray him. Finally, in the Galactic Jungle, Wilfre himself suggested to Click to start the D.O.T.R.O.T.P.O.T.U.S.F. As Sock, he travelled with The Hero and Raposa during most of their journey, unbeknownst to them until late in the game.

At some point, Wilfre also persuades Mari to help him get the Book of Life and help him in his quest to defeat The Hero and defy The Creator, but later she returns to her original stand with them and the other villagers.

The last village, Wilfre's Wasteland, is named so because it is Wilfre's own village. It is a melange of the first three villages (Watersong, Lavasteam, and Galactic Jungle), plus something twisted and dark. He seems to have created this place himself, using pages torn from the Book of Life. This is the location of the Hall of Darkness, where he must be defeated at the end of the game.

The first part of this boss fight (excluding the level-like part beforehand) is not actually fighting Wilfre himself, but his "little friend" - a giant scorpion-like creature which spews out darkness and has a trident for a tail.

After the scorpion is defeated, Wilfre will get annoyed and decide to finish off The Hero himself. Wilfre will attack two ways: dropping stars at The Hero, or firing tridents at them. The player can hit Wilfre when he moves.

At half life, Wilfre gets frustrated, exclaiming, "Ooooh! Now prepare to die!". Past that point, he will become quite a bit faster, and more unpredictable in his attacking pattern. Once defeated, he falls to the ground, loses his shadow, and looking shocked, disintegrates.

During the first part of the fight, Wilfre is completely unbeatable. He moves very quickly, always dodging attacks, and can summon other enemies from the game (particularly Ghosts) to attack the Hero. He also employs his sceptre to his great advantage, shooting fast, long-ranged beam-like attacks that are almost impossible to avoid. Defeat in this part of the fight is inevitable, and when this occurs, Wilfre begins a tirade and gloats over the victory, sucking the color from the already-defeated Hero.

However, the few remaining village Raposa and Mike are still outside, and they begin to pray to the Creator. Their prayer is answered when The Creator restores The Hero and destroys Wilfre's scepter.

Wilfre isn't left completely defenseless, however - he pulls out the Book of Life and tears a page from it, summoning his Ultimate Creation, his new weapon. Thus begins the second part of the battle.

This creation shoots lightning bolts that speed across the ground until they hit the end walls. It also turns into a tornado that sucks in The Hero. The most basic of its attacks is that it will swoop down. Even in the air, Wilfre sits within jumping range, making it possible for The Hero to attack while he is hovering. When Wilfre is finally defeated he flickers between forms flashing from his shadow form to Sock, Salem, and then to his Raposa form; after going through all this, Heather is finally released from his hold, and the fight is finished as she and the Hero emerge from the Hall of Darkness, victorious at last. 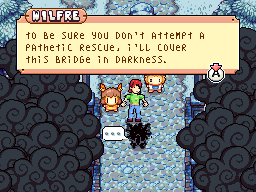 Meeting Wilfre in Drawn to Life. 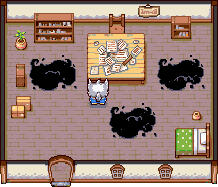 Wilfre prior to being consumed by Shadow. 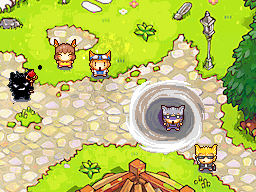 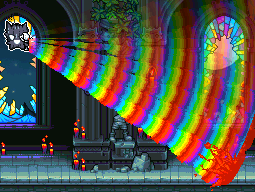 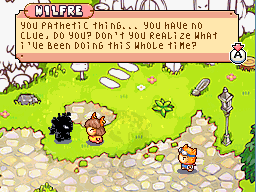 Wilfre talking to Mari.
Add a photo to this gallery 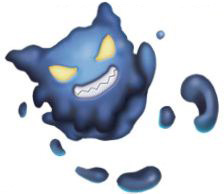 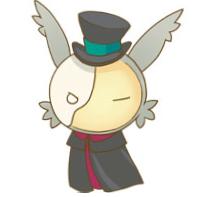 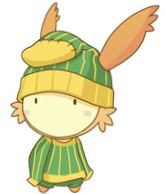 Wilfre disguised as Sock.
Add a photo to this gallery

Retrieved from "https://drawntolife.fandom.com/wiki/Wilfre?oldid=58836"
Community content is available under CC-BY-SA unless otherwise noted.