Drawn to Life Wiki
Register
Don't have an account?
Sign In
Advertisement
in: Non-Canon, Levels, Shadow City,
and 3 more

Tundara
“Don't worry, Mari. The Hero will get [Wilfre's Journal] back!”

Wilfre's Lair is the sixth and final level of Shadow City and the twelfth level of the game overall. It is the first Boss level in the game.

Jowee and the Hero report back to Mari and Circi about the shadowy figure running away with a book. Circi claims that it must've been Wilfre's Journal, hastily claiming for certain that "WILFRE HAS RETURNED!" Mari then sends the Hero into Wilfre's Lair to retrieve it.

Eventually, the Hero comes across a room with a giant ink vat with Wilfre's Journal resting on top of it. When the Hero collects the journal, the vat begins to burst, and Shadow begins to fill the room. The Hero climbs up the tower, and eventually comes to a clearing. When the shadow gets to the clearing, it comes to a halt, and the Boss rises out of the shadow. It will attack the Hero and eventually exhaust itself, revealing it's weak spot, the Boss' Breakfast attached to the end of its tongue. The Hero attacks it and the Shadow begins to rise again until they reach another clearing. The Hero attacks the new weak spot, the shadow rises again to a final clearing, the tip of the tower, attacks the final weak spot, and defeats the Boss. The Hero then finds a Pen and Pencil suspended in midair, and collects them before returning to Raposa Village.

Boss' Dinner
This list only includes creations that are first drawn, or can be redrawn, within this level. 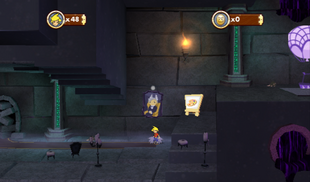 The area where the Ghost is drawn. 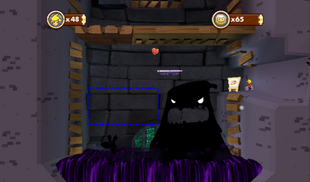 The area where the Boss' Breakfast is drawn. 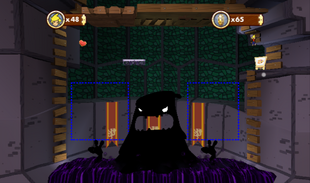 The area where the Boss' Lunch is drawn. 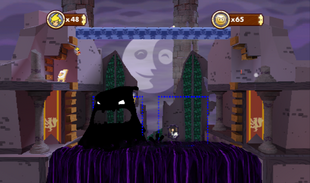 The area where the Boss' Dinner is drawn. 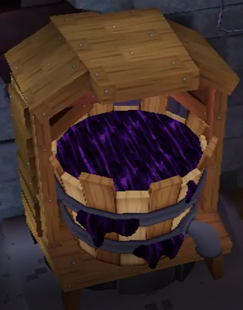 The vat of ink that the Boss spawns from. 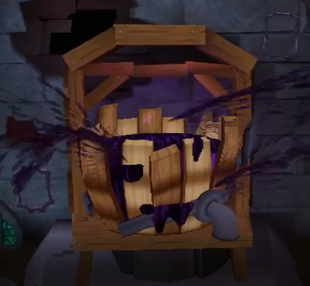 The vat of ink beginning to leak. 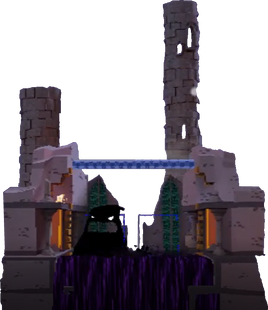 The 3rd and final arena for the fight against the Boss.
Community content is available under CC-BY-SA unless otherwise noted.
Advertisement