“Debris everywhere! Create some leaves and twigs to fly around!”

Wind is a creation in Drawn to Life, first drawn in Twilite Wood.

It blows The Hero around, allowing them to reach otherwise inaccessible areas and increase the height of their jumps.

Due to Wind being a creation object and having no pre-drawn preset or guide, the appearance of this object is completely dependent on the player.

They are still confined to three small rectangular areas. 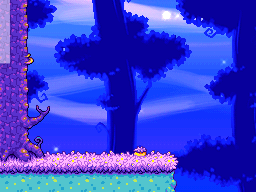 The location where Wind is drawn.

Retrieved from "https://drawntolife.fandom.com/wiki/Wind?oldid=57906"
Community content is available under CC-BY-SA unless otherwise noted.