“Draw a zeppelin to ride around!”

Zeppelins are creations in the first Drawn to Life game.

They are first drawn in the second level segment of Rapocity. Similarly to the Stormy Cloud creation, Zeppelins are used by The Hero as horizontal or vertical moving platforms.

Due to the Zeppelin being a creation object and having no pre-drawn preset or guide, the appearance of this object is completely dependent on the player.

They are still confined to a 1489px area. 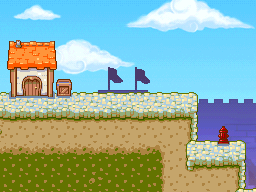 The area where Zeppelins are first created. 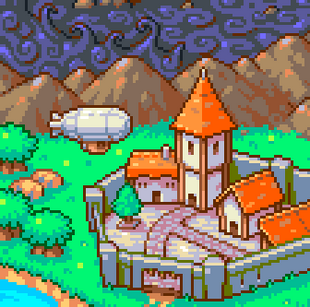 A zeppelin on the level-select screen for the City Gate.
Add a photo to this gallery
Retrieved from "https://drawntolife.fandom.com/wiki/Zeppelin?oldid=53143"
Community content is available under CC-BY-SA unless otherwise noted.