“Zip across the gaping void!”

Ziplines are creations in Drawn to Life that are first drawn during the final segment of Star Forest.

Zipline creations are composed of two parts—the pulley, which the player creates, and the pre-drawn line/track.

When The Hero touches the Zipline pulley, they automatically grab and hold onto it. Once The Hero is attached, the pulley segment will begin to quickly ride down the line. At the end of the line, the Zipline pulley will disengage from the track and fall off-screen, either forcing The Hero to double-jump (using their Wings) to the start of the next Zipline or land on a platform beneath them.

Ziplines are used a total of eight times within Star Forest.

Due to the Zipline being a creation object and having no pre-drawn preset or guide, the appearance of this object is almost completely dependent on the player.

They are still confined to a 404px area. 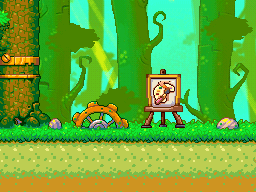 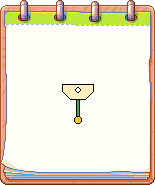 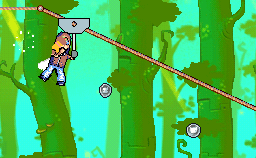 A hero riding the Zipline.
Add a photo to this gallery
Retrieved from "https://drawntolife.fandom.com/wiki/Zipline?oldid=57363"
Community content is available under CC-BY-SA unless otherwise noted.